Toole’s Garage auto repair shop in San Carlos, California is blessed to be in a very busy area. But it’s more than location that has led to the success of the shop. It only takes a quick Google search, displaying hundreds of five star reviews, to know that Toole’s Garage knows how to take care of their customers.

With more techs than lifts, Toole’s Garage is probably one of the few shops that is actually overstaffed with technicians. And, according to owner, David Toole, this has been key to the shop’s success.

Challenge: Getting the Attention of Qualified Technicians

Despite their best efforts to write creative job ads and post them on all the major job boards like Facebook, Indeed, and Monster, David and his team found themselves spending hours sorting through unqualified applicants, and still not finding the caliber of candidates they were seeking.

“We had it down to getting a 90% response back when we reached out, but we were hiring people that truly were not as qualified as we expected,” David explained.

After reading an article about Find A Wrench on Ratchet+Wrench, David looked up Jay Goninen, Founder and CEO of Find A Wrench, on LinkedIn.

“I saw Jay writing articles on LinkedIn, and I could tell ‘he gets it’,” David said. So, he took a chance and hired Find A Wrench to help him recruit techs for his shop. “As we were continuing to expand, I knew I couldn’t do everything,” David explained. “I know my team can get on Indeed and funnel a bunch of resumes, but I wanted to see how good Find A Wrench was at pulling out good quality candidates.”

In May 2019, Toole’s Garage signed on for Find A Wrench’s Full Service Recruiting. Within three months, Toole’s Garage had received numerous candidates they wanted to hire.

“I think Find A Wrench did a good job of reading through and filtering out a lot of unqualified applicants. The “qualified” candidates they passed along were actually qualified,” David says.

After filling their open position, David’s team switched over to Find A Wrench’s Assisted-Self Recruiting program — allowing them to continue interviewing qualified candidates as they came along, even though they were fully staffed.

“We’re getting ready to open up another shop near Lodi, CA. With the expansion of the second shop, we wanted a pool of people we’ve met that know who we are so we can reach back out to them,” David explains.

With the partnership in place between Toole’s Garage and Find A Wrench, David can now concentrate on other areas of the business including preparing to open his second shop.

“I now have the confidence that I can put hiring in the hands of my team — knowing they’re being supported by a good company,” David says. 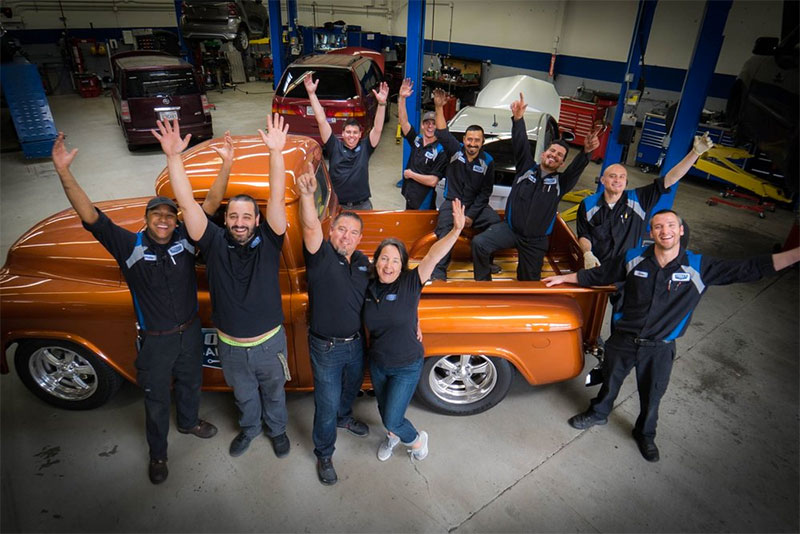